One of my friends is an avid user of fintech apps. Initially, he was extensively using the Paytm app for all his needs. Slowly he shifted towards PhonePe and GooglePay.

I asked him why he shifted out of Paytm, to which he responded, “Paytm UI is tacky, and I don’t find it easy to use at all.” He made this statement despite using Paytm for many months.

That’s when I started asking why people find Paytm tough to use. I found this video on Youtube, “How to use Paytm in Hindi step by step.” To date, it has had 4.8 million views, which shows how difficult it would have been for people to use it, as it has garnered so many views.

Primarily, there is a lot of friction in the customer experience that Paytm provides.

I read an article called “Don’t make me think,” which clearly states the reasons for this friction.

I am sure that Paytm has addressed some of it, but the friction in the app still continues.

Some of the reasons for the friction are:

Someone who has been a market leader had to let go of many of their customers to other players in the market because of friction in the customer experience (CX).

Let us look at some of the top issues that cause friction.

56% of consumers ditch an account or service due to sign-in issues, and 63% of consumers switch to a competitor as they find it difficult to authenticate their identity.

No organization wants to build friction, but friction gets built up as a part of your offerings. Most often, we don’t realize the amount of frustration that it causes our customers. You may lose your customers, and it would increase the cost of your support and service.

Examples of Customer Friction & Way to Reduce It

Let me give you an example.

I recently signed up with a crypto platform that allows you to partner with crypto traders who would manage your funds based on your interests across their investment portfolio.

They are in their Beta stage. They are testing out their platform with a bunch of initial users.

When I tried signing up, I gave up on their KYC page. I could never get their Captcha right. Besides, their authentication server had issues validating the Aadhar and PAN numbers I provided.

It had a standard error message that stated that either your Aadhar or Captcha was wrong. This was frustrating because they couldn’t make an effort to differentiate between these two. After a few tries, I gave up on their platform.

However, I received a call from one of their founders, who wanted to know why I did not sign up. I explained to him the issues that I faced.

He immediately took my inputs, and they worked on the appropriate error message, and the captcha has also been made simpler. They called me again, asking me to try signing up.

Every time I face an issue using their platform, I use their support engine on the site to raise a query. Invariably, someone from their support calls me within minutes, helps me with my issues, and closes the ticket.

They are in their Beta in a very regulated domain. They are bound to face these challenges. However, without letting go of customers, their support team ensures that every customer request is addressed by proactively acknowledging issues and resolving them.

This would allow them to make their offerings frictionless when they go live with their platform.

You cannot compromise on the customer experience; the most important thing is that customers don’t want to be ignored.

Customer experience is a continuous process that needs to be addressed continuously. 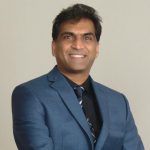 About the Author: Uthaman Bakthikrishnan


Uthaman believes in the power of creation - it gives him a high to grow something from scratch and make it sustainable. Uthaman is the Executive Vice President and helps set the strategic direction and roadmap for ClearTouch, a pioneering provider of a cloud-based call center platform for enterprises, contact centers, BPOs, and financial services companies in India.